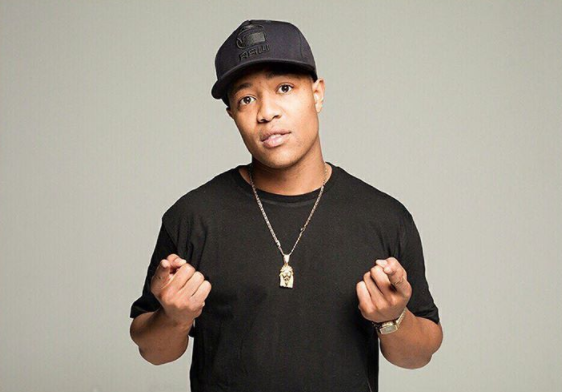 Lesego Nkaiseng, better known as DJ Speedsta, is putting the final touches to his much anticipated debut album.

The multi-talented DJ Producer, TV host, radio presenter and humanitarian, was meant to release an EP earlier this year, however he decided not to and opted to release an album instead.

The Live Amp presenter’s project has finally come together and is set for release soon.

The album has most of his hit singles such as Vicky, I Don’t Know, Special Somebody and Mayo along with some new songs.

He featured the likes of Tellaman, Okmalumkoolkat, Jay Claude, Yung Swiss, J Molly and Una Rams to name but a few.

Speedsta took to social media to share his album cover and the tracklist for the album that will be titled Bottlebrush Street.

“Things have been great so far,” he said, “I took my time on this album, literally took 5 years to make it.

“While making it - I managed to get 3 plaques and 2 awards not bad huh?  So glad I can finally share my journey with everyone. Especially the ones who think all this was easy.”

He also took the opportunity to unpack the meaning behind his album cover through a thread on Twitter.

He shares how he fell in love with DJing, the struggles he encountered on his journey to the top as he tells the story behind every detail on the cover.

Official “Bottlebrush Street” album tracklist. 5 years in the making. This is the best way to present myself. My debut album, Hope you love it!! soon come!!! ??

Let me take u through the album cover before I share the tracklist & pre order.

Title: Bottlebrush Street (My home address, lived in this street my whole life before moving to JHB)

House at the bottom left corner #20: That was Master M’s House, the guy who taught me how to DJ. pic.twitter.com/pUmvTnek2T

Top left, Pinedene Primary: My primary school, My nickname “Speedy” where “Speedsta” comes from was born here. Go check on the boards in the school hall what Lesego Nkaiseng used to do in 100m sprints, Long Jump, Relay & soccer. I then got introduced to a skateboard here.

Top right, Vaalpark Articon: My High School. This is where I started playing music, started DJing in Grade 10. My first official gig was our Valentines Ball in 2009 when I was in Grade 11.

I then met DJ Capital on Facebook and we started chatting. A month later I was on the same line up as him for some party at Wits. I’m still in high school, no car no nothing. Parents want me to finish school and leave all these “funny things” ??

I take a chance - I ask Capital if I can 1. Please sleep over at his house & 2. If he can please meet me at the half way house on the R59, a friend of mine was in matric and had a car but couldn’t drive “out the Vaal” He risked it all for me and took me to the halfway house.

Makhosini & Franky were working closely together doing urban student parties. I got lucky, they really liked me. A couple of girls also hyped me up after my set at Wits ?? so I was like super in with them. One problem though, I WAS STILL IN SCHOOL ??????‍??

I remember playing at Roxys for a “Campus Shutdown” on a Thursday night and I was writing my Maths Lit matric final paper on the Friday afternoon at 2 ??????‍?? told my parents I’m going to a “study group” ??

I finished Matric & Moved to jhb. The rest is history.

I struggled to get in for a while, they were hating on me saying I’m Just pretty blah blah blah. Kept my head down and knew that I wasn’t here to make friends, I was here to work.

And last but not least. You see The Vaal River & the Vanderbjilpark, Parys & Sebokeng signs In the cover because that’s who I’ll forever be. A Vaal boy who moved to the city.

Things have been great so far. I took my time on this album, literally took 5 years to make it. While making it - I managed to get 3 plaques & 2 awards not bad huh? ?? so glad I can finally share my journey with everyone. Esp the ones who think all this was easy.

Things won’t always be ok, lots of sacrifice, lots of crying, lots of people leaving your life, lots of changes, lots of mistakes. Do me a favor and stop worrying about things that are out of your control. Just chill, keep doing your thing. It will (cont)

Industry is my life now.

Some won’t like it, some will. But another human cannot define me, i live my honest truth. I have no weight on my shoulders whatsoever. If I’ve hurt you, I’m sorry! Unfortunately I can’t take it back, it’s done. I’m done with it too, mentally.