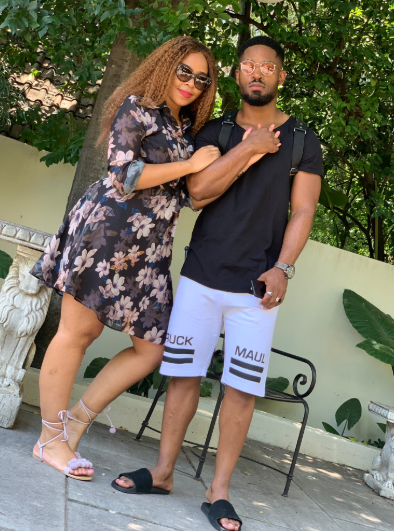 It seems like many ladies, and gentlemen for that matter, are going to have their hearts broken at the sight of Mzansi’s newest celebrity couple.

Prince Kaybee and Brown Mbomo have gone public with their relationship, leaving many hopefuls at a loss.

Both Blue and Prince have thousands of fans from all over the country waiting to take them off the market at a moment’s notice.

But, sorry for you if you were waiting for your chance.

Rumours of a love affair between the two have been doing the rounds for a while now, but neither of them had neither confirmed nor denied anything.

But this past week, Prince put us out of our misery with one simple tweet.

The DJ and producer posted a series of pictures and in two of them, he was all cosy with the very private, Brown.

Prince captioned the pictures with nothing but a red heart, signaling the beginning of a new romance.