KHANYI: HE LIED, THE APARTMENT IS A RENTAL! 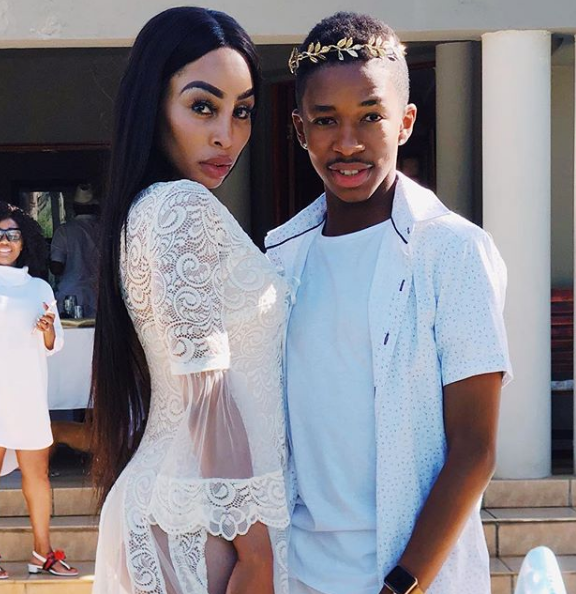 Media personality, Khanyi Mbau has come out to expose the lie that her little brother, internet sensation and radio host, Lasizwe told the nation.

Lasizwe has been bragging all over social media about having bought a house in Sandton at the tender age of 19.

He captioned one of his posts: “Dear Mom, Your son! From Pimville Soweto to Sandton - #LOOKATGOD”.

He then went onto Metro FM’s Fresh Breakfast show with DJ Fresh to brag some more about having bought a house in Sandton.

He thanked his boyfriend, who is only known as Marcus, for helping him get the house.

Thousands of adoring fans congratulated the teen celeb on his major achievement, while many others called him a liar.

And it seems that the nay-sayers were right.

Lasizwe’s big sister, Khanyi Mbau says all of that is one big fat lie.

“I‘m very upset at him for doing that. He lied – the apartment is a rental. He told Fresh he bought it and he went onto the breakfast show to speak about it and it’s not true,” Khanyi told Drum Magazine.

Khanyi went on to say that this wasn’t the first time Lasizwe tried to pull a wool over the public’s eyes.

“It’s not the first time he is pulling a stunt like this and we have warned him but he will learn and eventually grow to know you can’t lie about something like this,” she said.

The publication also got in touch with Lasizwe who contradicted himself in his response.

The teen celeb said that Khanyi was “overreacting”, but then admitted that the house was bought by Marcus.

“Khanyi is overreacting. Marcus bought me the place, so technically I didn’t lie because it’s mine but it’s just not yet under my name,” he said.

Dear Mom, Your son ??! From Pimville Soweto to Sandton - #LOOKATGOD