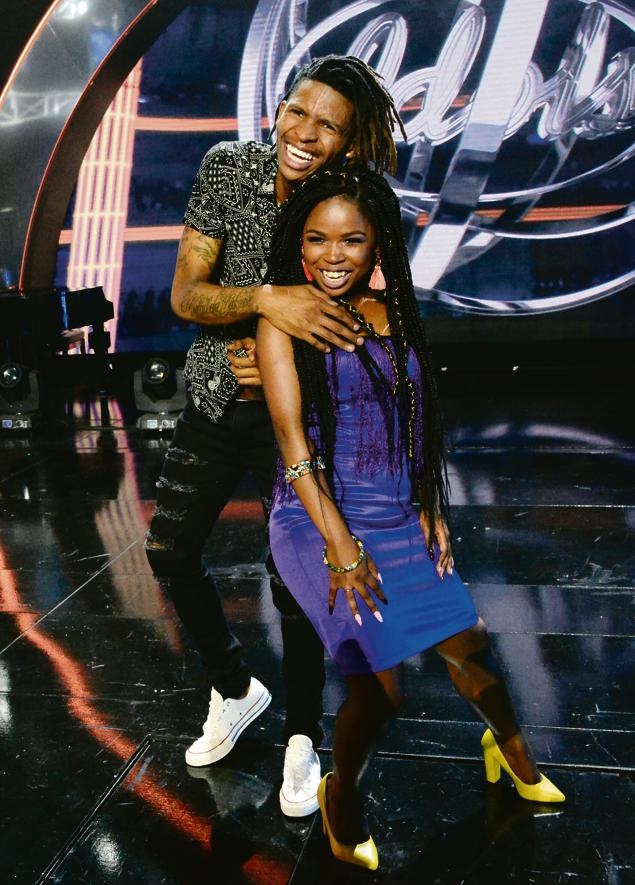 Yanga Sobetwa and Thato Makapo will battle it out for the ultimate prize on Sunday. Photo: Morapedi Mashashe . Credit: Daily Sun

Fans have been given a taste of what is to come from their favourite Idols as they prepare for life after the show.

The crowning of season 14 Idols SA winner is fast approaching with the competition nearing its end.

This season’s top three Thando, Thato and Yanga performed their debut singles for the first time on Sunday to a much delighted crowd at the State Theatre in Pretoria.

Yanga’s single “Scars” hit number 1 on iTunes within an hour of its release.

She received a standing ovation from the audience and two of the judges for her performance of her new single.

On Tuesday, all three Idols' singles hit the top 3 spot on the iTunes pop charts.

This season has been a record breaking one for the show as previous records were smashed as far as votes were concerned.

The final two contestants voted through are Yanga and Thato who will battle for the winning spot at the final show at Carnival City on the 18 November 2018.