FORMER BAFANA STAR MAKES A LIVING AS A PRISON WARDER! 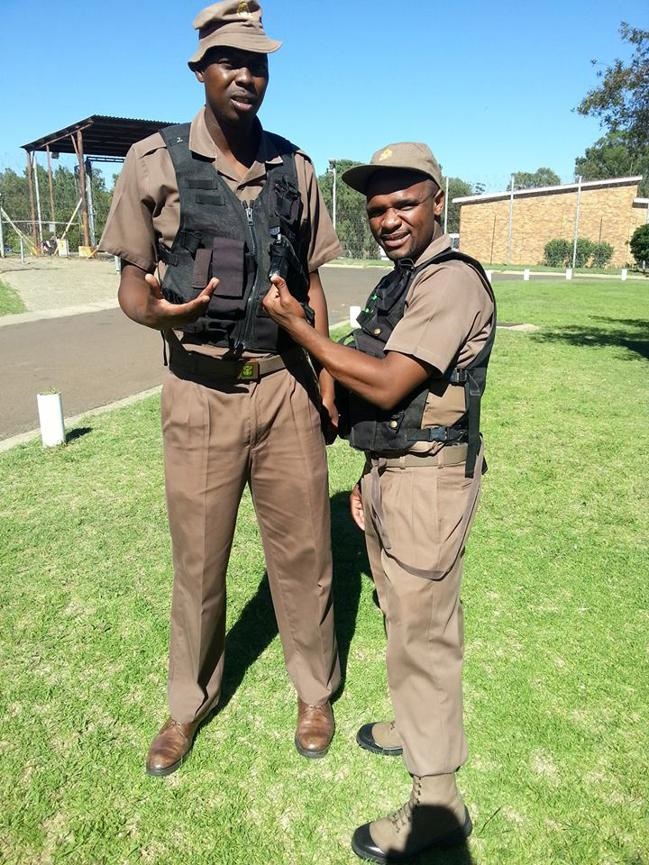 Lungisani Ndlela with another prison warder.
ROLES have been reversed for Lungisani Ndlela, who is making a living as a prison warder in Witbank, in Mpumalanga, these days.
During his prime time as a hot-shot striker for Bafana Bafana, Moroka Swallows, SuperSport United and Mamelodi Sundowns, Lungisani used to be tightly policed by defenders on the pitch.
That was because he possessed a lethal left foot that wreaked havoc in the defence as he set to bang in goals in almost every match.
But after his fall from the top, Lungisani has turned to guarding some dangerous people in prison.
While many have viewed his current situation in sympathy, considering the flashy lifestyle he used to live, some see it differently.
His friends have commended him for plucking up the courage to take up correctional services studies after he disappeared from the limelight.
Said a friend: “Lungi has done well for himself. At least he’s got an income, unlike other former soccer stars who prefer to live on handouts.”
Another friend added: “Lungi is popular in prison as people still recognise him. He’s jolly but takes his job seriously.”
A third friend said: “He walks tall, unlike his peers who are struggling.”
Lungisani could not be reached for comment.