Why do people get a gold tooth? 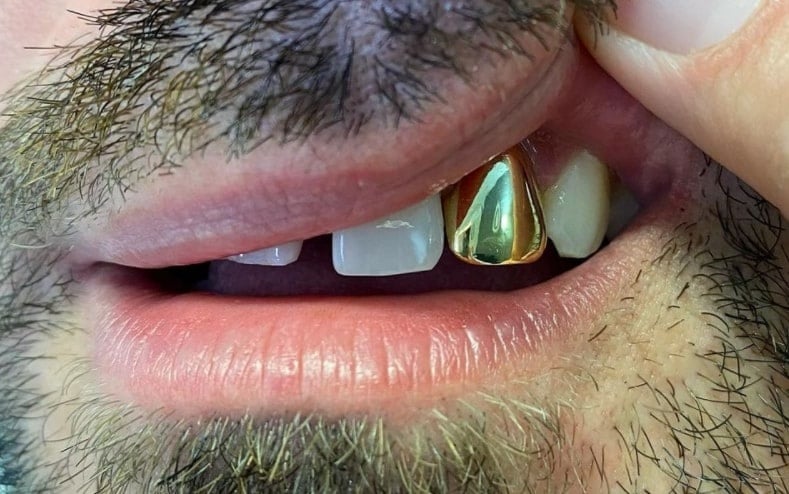 GOLD is a chemical element and global commodity with the symbol Au and atomic number 79, making it one of the higher atomic number elements that occur naturally.

With the rise of cryptocurrencies such as Bitcoin, gold as a commodity has become globally popular – so much so that we now have made it a tooth accessory.

Yes, more and more people are inserting and engraving gold on their teeth, but do we know why?

Historically, gold wire was used in dentistry in ancient times, and for filling cavities in the 19th century.

According to medical experts, gold is suitable for dentistry because it is malleable, nearly immune to corrosion and closely mimics the hardness of natural teeth, thereby causing no harm to natural teeth during chewing.

Furthermore, according to GQ magazine, archaeologists report discovering sets of teeth wound with gold wire in central Italy that are believed to date as far back as the seventh century BC.

They were likely primitive dentures belonging to the wealthy women of ancient Etruria.

This then evolved in the 20th and 21st centuries when gold teeth became a fashion statement.

While many American rappers and fashionistas embraced this culture, dentists around the world have provided benefits that come with having this commodity in one’s mouth.

According to Hove Dental Clinic, gold tooth crowns work in the same way as any other crown.

They are used to cover a part of the tooth that has become damaged and is at risk of infection.

Today grills, also called “grillz” or “fronts”, are decorative covers often made of gold, silver or jewel-encrusted precious metals that snap over one or more teeth.

They generally are removable, but some grill wearers have had their teeth altered with gold crowns to permanently resemble a grill.