PICS: HUSBAND GIVES EX-WIFE HALF OF EVERYTHING, LITERALLY 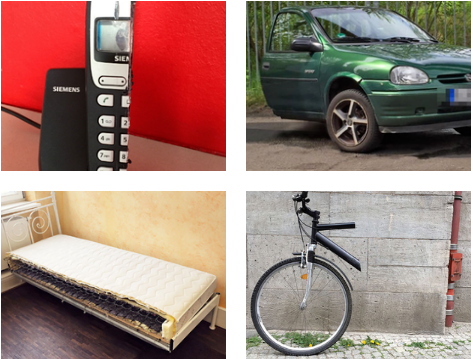 Husand cuts ecerything in half after divorce.

Divorce settlements often force the two estranged spouses to split their belongings 50/50, and it can be both emotionally and financially painful.

In an unambiguous and ironic gesture, one man in Germany told Laura, his ex-wife, just what he thought of her – by literally cutting all of their belongings in half!

The man is clearly experienced with the power tools that he has, because he’s actually done a great job of neatly destroying all of their stuff.

From their teddy bear to their couch to their car, it all has been sliced neatly in half.

He is selling his half of everything on the eBay online auction site, where each item has a bitter but funny write-up in German detailing how the courts ordered him to ‘split’ their belongings even though he seems to suggest that Laura had been unfaithful. Husband cuts everything he owns in half for a divorce settlement. “The wheel moves despite minor limitations, and the front brake engages perfectly” “In my opinion, this conversion is the perfect solution for users who want to save space, but can not afford a MacBook Air” “Unlike my ex-wife, I cannot say anything bad about the bed, really, have always slept well in it” “The chairs are super as an art installation” “Watching TV alone is already depressing enough. The device is very compact and has several inputs, but am not sure whether they all work” “In recent years, I’ve spent many beautiful evenings on this sofa with my woman. She did not find the evenings so beautiful, which is why my ex-wife now sits on another couch” “It is considerably smaller and more manageable. In addition, you will finally be at peace with this phone: It is guaranteed not to ring and vibrate and will not play music” “Unfortunately, I can offer only half… But no matter, I have made sure that the best sketches are on my half”