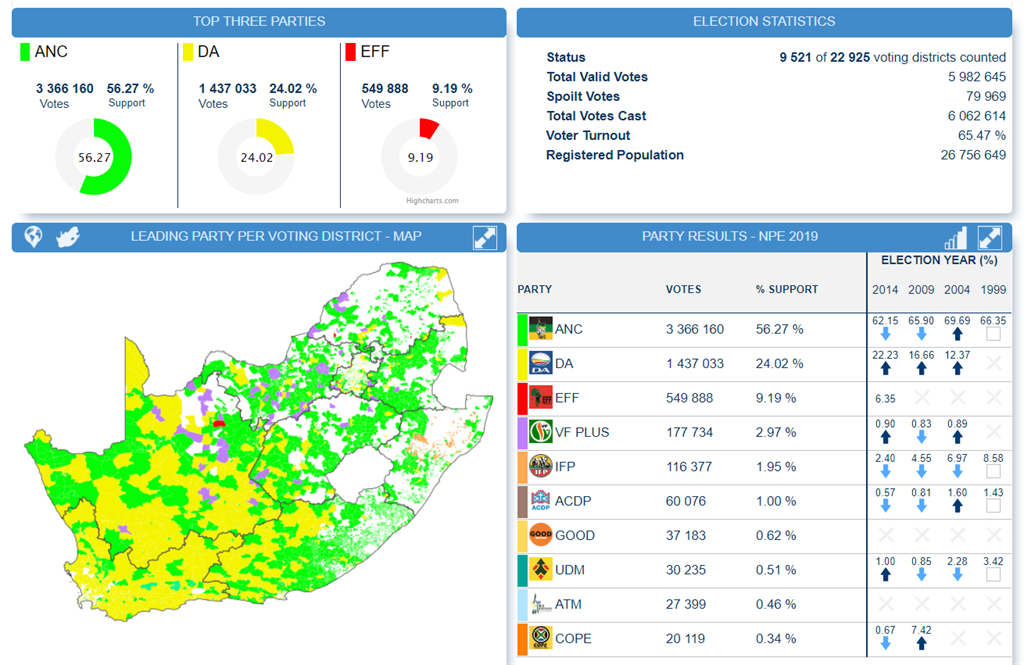 It was unclear whether a 20th person had also been arrested, with officials still confirming the latest arrest.

Mosery said police acted swiftly in make arrests at 02:00 on Thursday after investigations began at midnight.

He said that the duplicated votes would still be counted.

"They are all in a pile and all look the same. It is not like it is cast in an envelope or something identifiable. It is impossible to find those votes. Political parties will make decisions on that aspect."

Mosery said political parties could challenge elections if they felt duplicate voting was an issue.

"They can challenge it on any incorrect processes. If this is one of those, they can lodge an objection by 17:00 [on Friday] and we will investigate and take a decision on that aspect."

She also acknowledged a shooting in Weenen.

"No one was injured, including the IEC party agents and police. Authorities are still investigating the matter."

She said less than 1% of voting stations recorded problematic issues.

"Considering what was predicted, particularly in terms of service delivery protests, we are happy. The election was a credible one and something citizens of KZN should be proud of."

Masinga went on to laud staff in eThekwini, Mdoni and Bergville who worked during protests.

"Despite the volatility, the staff did wonderful work. We appreciate that."

Reports that the ANC had bussed in foreign nationals in Northern KZN, following comments from the IFP, were rubbished by the IEC.

"We have not received any objection from the [IFP]. I think it is a problematic statement in KZN where we have had challenges of xenophobia. It is misleading to say that. You have to be an SA citizen to vote and carry an SA ID to vote in this country."

Mosery said that some parties had provided transport for supporters.

"We must not confuse provision of transport with other things. Parties are allowed to transport voters."