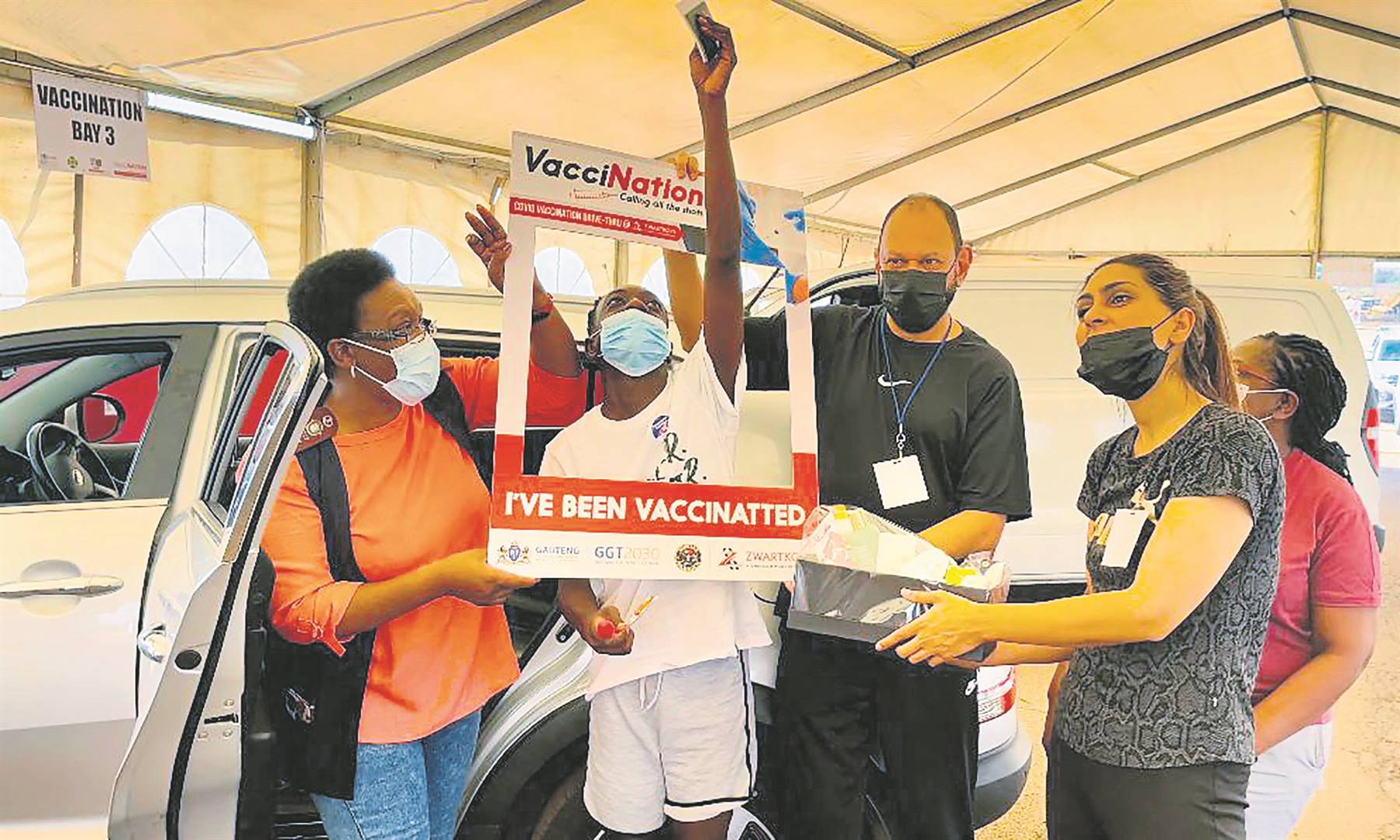 Teen Tadiwa Matetakufa (middle) became the 20 000th person to get his vaccination at the Zwartkops Drive Thru Vaccination Site in Centurion on Saturday. He was accompanied by his mum, Susan Njanji (left). .

His mum Susan Njanji told Daily Sun it took weeks to explain to Tadiwa, who is autistic, the importance of taking the jab. “It wasn’t easy taking him for the jab. We spoke about it a number of times. It took a lot of patience.

“The first attempt wasn’t successful as he refused and we had to turn back. The second attempt he was ready and prepared. He was in a hurry to get to vaccination site. He just wanted to be there,” she said.

Susan, who received her jab a while back, said it was the right thing to do. “I’ve seen people die from Covid. I have lost people I love. After my vaccine I knew I was now protected but my son wasn’t. He interacts with other children at school and that made him vulnerable.

“I’ve always believed in a vaccine, long before it even became available because that is the way I believe we can fight the virus. I was even prepared to travel abroad just to receive the vaccine,” said Susan.

Moments after Tadiwa took his jab, he was filled with joy.

Susan said it was such a great achievement for him and it gave her relief. They had a lovely lunch afterwards at a nearby restaurant. Tadiwa only suffered mild side effects such as cold and woke up really tired the next day.

Yusuf Abramjee from the vaccination site said: “It took a lot of convincing by vaccinator Dr Shouneez Omar for him to agree. What a lovely young man. He’s smiling and celebrating that he got his Johnson & Johnson jab.”

Abramjee hoped the 25 000th vaccine would be administered next weekend. The vaccination site at the Zwartkops Drive Thru, a partnership between the community and Gauteng government, opened 36 days ago.