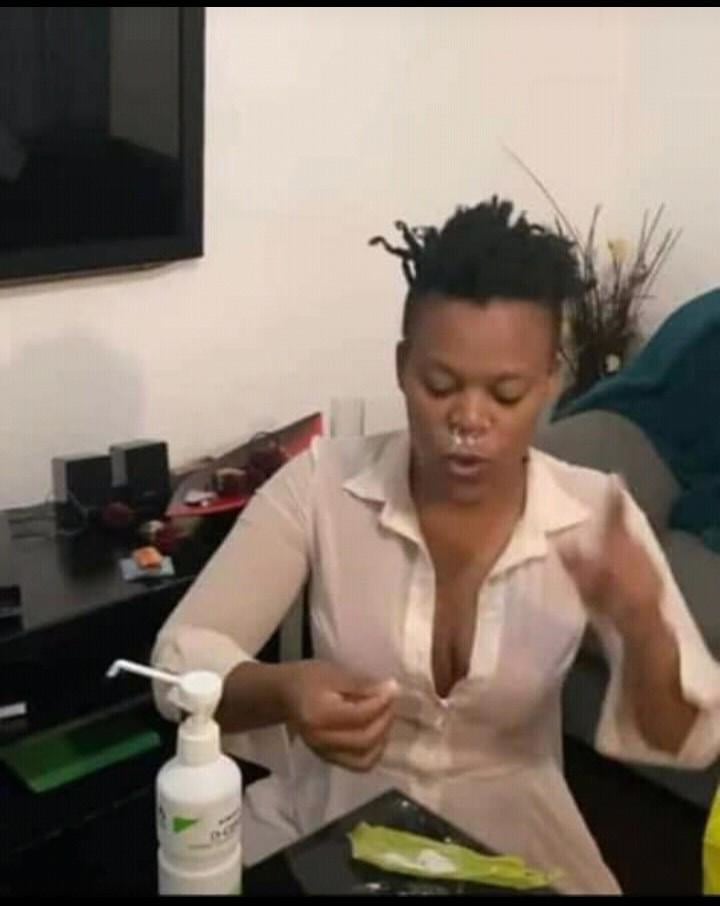 Zodwa denies that she was taking drugs and says she was demonstrating how people take drugs using flour.

Those are the words of controversial sultry dancer Zodwa Wabantu after a picture of her seemingly snorting cocaine was circulating on social media.

When Daily Sun contacted her she said that the picture was a screenshot from a video she made four months ago.

“I made the video during level 2 lockdown and I posted it on my Instagram,” she said.

She said the video was just an awareness campaign about drugs.

“I always take videos talking about something or even advertising brands but that time I was telling people about the dangers of drugs and just giving a practical example of how people take drugs using flour from my kitchen,” she said.

She said that she deleted the video months ago.

“The reason I deleted the video is because I normally just clean my Instagram. I get rid of old videos,” she said.