The problem started when Potshozah Ndonga took to Facebook to accuse him of showing favouritism towards maskandi artist, Khuzani Mpungose.

Potshozah wrote: “Your favouritism towards Khuzani is so clear you cannot even hide it. But one day you’ll be forced to stop. Remember, you don’t own Ukhozi FM.”

The response from Tshatha, the presenter of Isidlo Sasekuseni and Sigiya Ngengoma, was: “So if I’m favouring Khuzani, why don’t you report me to management of Ukhozi FM so I can be fired?

“What are you waiting for? You’re actually talking shit and your head is spinning with kak.” 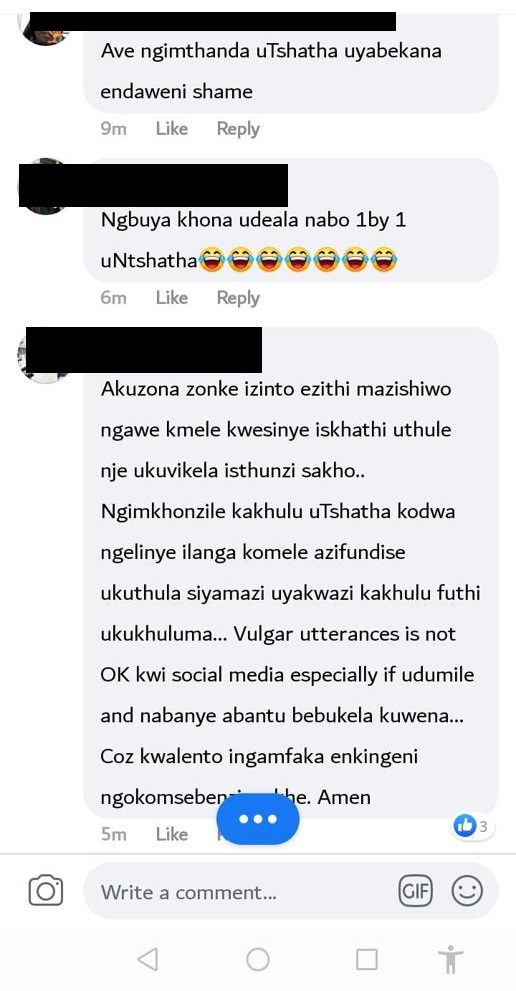 Another of his posts responded to a comment by Nhlonipho Masente Mtshali: “Did we cause this nonsense? You’re drunk and full of shit.”

This came after Nhlonipho questioned the station’s decision not to announce last year’s top 10 songs on New Year’s Eve.

Lerato Makhaye suggested: “Presenters should be trained to deal with people. This puts Ukhozi FM’s image into disrepute. His responses are unacceptable.”

Tshatha said: “I’m generally a nice person but I don’t like it when people provoke me. I had nothing to do with the decision but they were dragging me into it.”

Labour lawyer Bonga Zulu said although Tshatha was writing in his personal capacity, he was a public figure and was expected to conduct himself in an acceptable manner at all times.

“His conduct might bring the image of the SABC into disrepute. If people launch a complaint against him, the SABC would have to deal with it,” she said.

SABC spokeswoman Mmoni Seapolelo said: “The SABC is aware of the matter and, as a responsible employer, the public service broadcaster promotes a culture of respect among employees and their public engagements with valued stakeholders. Ukhozi FM management will be guided by internal processes and take appropriate action.”