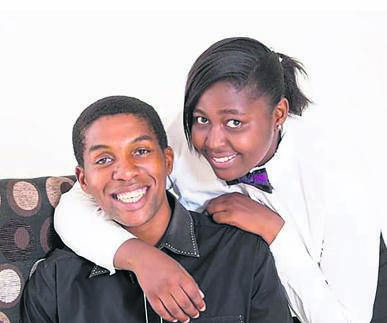 Husband and wife team Samuel and Isabel Ntsanwisi are making moves in the film industry. .

TV production man Samuel Ntsanwisi is working hard to break into the industry!

“During lockdown we made a YouTube movie, Hi luya,” said Samuel.

Nkowankowa is a kasi outside Tzaneen, Limpopo.

Samuel is not new to a life of hustling. Samsrec organised Miss Nkowankowa for more than eight years, with winners going on to win big titles and modelling for big institutions.

His wife Isabel has been supporting him since he founded the organisation.

Since then, his events management and media company has branched out into textiles and makes masks, overalls and protective equipment.

Samuel said this was a natural move because they both studied art.

But they mainly want to produce Tsonga films and TV programmes.

“We also wanted to bring quality videos to our province,” said Samuel.

Vantshwa va Xivono has been helping poor youth in Limpopo improve their lives since 2009.

It’s free and young people are assisted through fundraising initiatives.

“The textiles part was by chance,” he said.

“I saw a gap in the market and pursued it.”