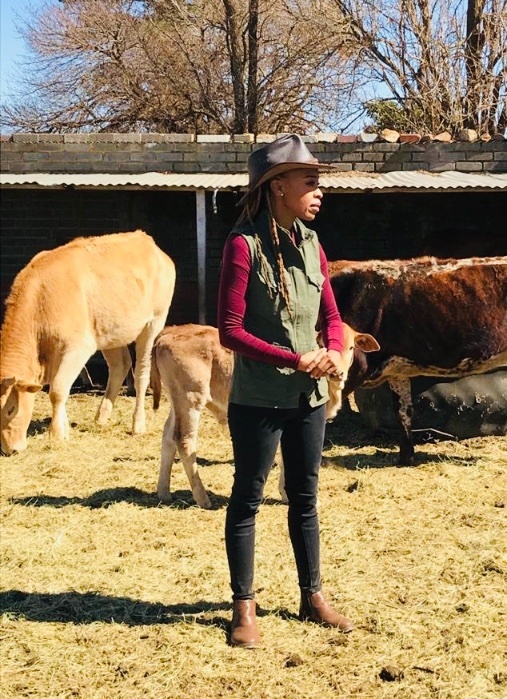 The show is set to tell success stories of the country’s new generation of black commercial farmers, who will also share the do’s and don’ts of the agriculture sector.

Speaking to Daily Sun, Angie said she was excited when she was approached with the idea of the show because black people have a lot of stories where agriculture is concerned.

“Black people are usually on the sidelines because the face of agriculture looks different from what they look like.

“So for me it was exciting to tell stories that are going to be relevant to black people and that the face of agriculture is necessarily the way we always view it.”

ALSO READ: MOSHE'S GOING TO BE A FATHER!

Angie told the People’s Paper what people can expect from the show.

“The show is one of its kind and people can expect to learn a lot and it will show that black farmers can also be viable and commercial.

“It will also share a view point to the young people, who have interest in farming and agriculture that you can be extremely successful with farming,” she said.

The talented presenter also said she has a strong belief that the show will make young people gain interest in farming.

The show was shot on different farms across the country and Angie said the corona pandemic did not have a huge impact on the production of the show.

“Covid-19 has not necessarily impacted the show in a bad way, because the lockdown caught us as we were about to wrap up the season, but lucky for us we were able to find out how the pandemic affected food security in South Africa,” she said.

Africanfarming debuts tonight at 18h30 on DSTV channel 163! As I give you Black Excellence in the Agricultural sector! pic.twitter.com/bjVLB3NPjn