AKA PUTS RING ON IT! 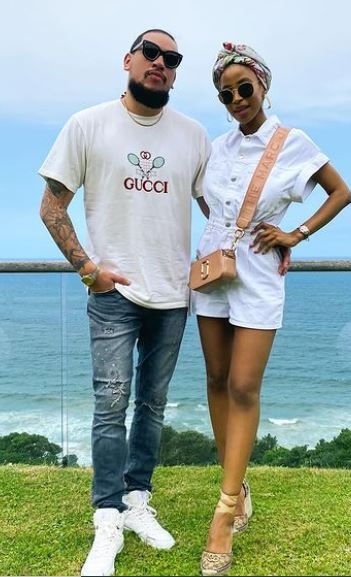 Rapper AKA and fiancee Nelli Tembe .

Rapper Kiernan Forbes, popularly known as AKA, is officially off the market.

The talented rapper took to social media to share a photo of his girlfriend Nelli Tembe’s hand, wearing a ring as confirmation she said yes to his proposal.

“Words cannot describe how grateful I am to be your life partner, even through the highs and lows.”

“You’ve always stood by me and I thank you Kiernan Jarryd Forbes for loving me wholeheartedly and never giving up on us. Cheers to the beginning of forever. 4L boo.”

The couple’s relationship first became public in January last year after a fan posted a video of them kissing in a restaurant, which shocked everyone as they thought he was still dating DJ Zinhle.

But AKA confirmed in a tweet he’d been single since 2019 and asked whether he was supposed to update everyone about his love life.

He said the person who took the video did him a huge favour.

“That TMZ style video someone took of me while out for dinner the other night was probably one of the biggest favours someone ever did for me. Thank You whomever that was,” he said.

Since his engagement announcement, friends, fans and colleagues have congratulated the superstar.